Rutvij is the ancient Sanskrit boy name which literally means sacrificing at the proper time and priest.

As far as we can tell, Rutvij is sweet and unique name. It also has a nice meaning attached to it. Rutvij has an association with Hindu mythology. Name Rutvij with 3 syllables is very difficult to pronunciation. So, it is not popular in USA.

Compare Popularity Trend for Rutvij Vs Other 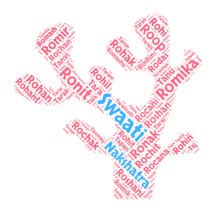