Linga (Sanskrit लिंग) is an ancient word of Sanskrit origin, which means image of a god or gender. Linga refers to the organ of generation.

Reference of Linga is found in Mahabharata in which lings are used for token, sign, badge or emblem.
Linga is the male organ, especially that of शिव worshipped in the form of a stone or marble column, which generally rises out of a योनि, and is set up in temples dedicated to शिव; formerly 12 principal शिव-लिङ्गs existed in India.
Mention of this name is also found in the Epic Kavya in which Linga means a false badge or disguise.
Linga also founds to be referred in Kanad-Vaisheshik-Sutra (कणाद-वैशेषिक-सूत्र) and Sarvadarshan-Sangrah (सर्वदर्शन-संग्रह) as a proof or evidence.
Linga is also mentioned in Manu-Smiriti (मनु-स्मृति) and Harivansh Puran where this word denotes the sign of gender or order of generation.

As we can clearly see in the chart, Linga is not a popular name in the USA. Also Linga is used by few people in India as the name of their children.

Compare Popularity Trend for Linga Vs Other 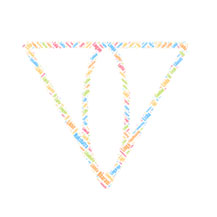