Sanskrit word for Goddess.Devi is synonymous with Shakti, the female aspect of the divine, as conceptualized by the Shakta tradition of Hinduism. She is the female counterpart without whom the male aspect, which represents consciousness or discrimination, remains impotent and void. Goddess worship is an integral part of Hinduism.Devi is, quintessentially, the core form of every Hindu Goddess. As the female manifestation of the supreme lord, she is also called Prakriti or Maya, as she balances out the male aspect of the divine addressed Purusha.

US Popularity Trend for Devi

Compare Popularity Trend for Devi Vs Other 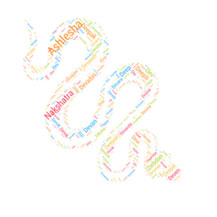