Bhudev is a word popularly used among Hindus as a masculine name. The literal meaning of Bhudev (भूदेव) is "divinity upon earth, brahman and lord of earth".

The baby name Bhudev is a Sanskrit compound, joining the words Bhu, meaning earth and Dev, meaning god. Thereby, Bhudev can be loosely translated as "god of the earth". Catalogue and Lexicographers, esp. such as Amarasimha, Halayudha, Hemacandra have used Bhudev (भूदेव) in their works to refer a divinity upon earth, a Brahman. Bhudev finds mention in Shivagita (शिवगीता) where Bhudev is the name of Shiva. Catalogue has used Bhudev (भूदेव) in their works to refer to various men. Bhudev is also one of the names of the Hindu God a Brahmana.

The name Bhudev is not popular in USA as indicated by the absence of the chart. Bhudev is a somewhat popular name in India. Here Bhudev is used by few people as the name of their babies.

Compare Popularity Trend for Bhudev Vs Other 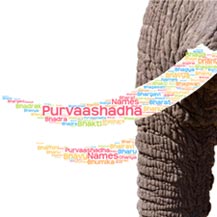